The transfer of DGNSS/RTK differential corrections from the reference stations (network of reference stations) to the user can be done by various means, the most common being: transfer via radio waves, via GSM/GPRS mobile communication systems or via the internet. ROMPOS's DGNSS/RTK services are based on the transfer of data via the internet. This data is transmitted in a standardized RTCM (Radio Technical Commission for Maritime Services) format using the NTRIP (Networked Transport of RTCM via Internet Protocol) technology. NTRIP includes a standalone protocol based on HTTP – Hypertext Transfer Protocol and adapted to GNSS data transfer requirements. It allows the dissemination of differential corrections (in RTCM format) or other types of GNSS data, to stationary or moving users via the internet. NTRIP allows internet access via IP-based mobile networks (Internet Protocol), such as GSM, GPRS, EDGE or UMTS networks. The use of this technology is carried out by means of modules including: Ntrip Server (to transfer data from reference stations to central server), Ntrip Caster – for the administration and transfer of data from the central server (e.g. ROMPOS server) and Ntrip Client – to retrieve data (differential corrections) from the central server by users. The Ntrip Server and Ntrip Client modules are available free of charge from various software manufacturers, especially from the Federal Cartography and Geodesy Agency (BKG) in Germany (http://igs.bkg.bund.de), which was the promoter of this technology. These modules can be installed on various equipment such as: GNSS receivers, desktop computers, laptop, PDA, mobile phones, etc. The most practical variant is the one where the user has installed a Ntrip Client directly on the GNSS receiver, then, once this software is configured, using a GSM/GPRS modem, can connect and transfer data from the data server which runs a Ntrip Caster software to the GNSS receiver.

The Hour value is in GMT 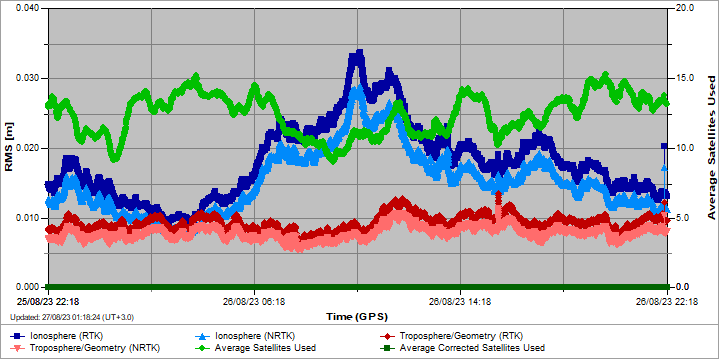 Residual Ionosphere (RTK): The estimated residual ionospheric error for a single base RTK user using data from the nearest site. 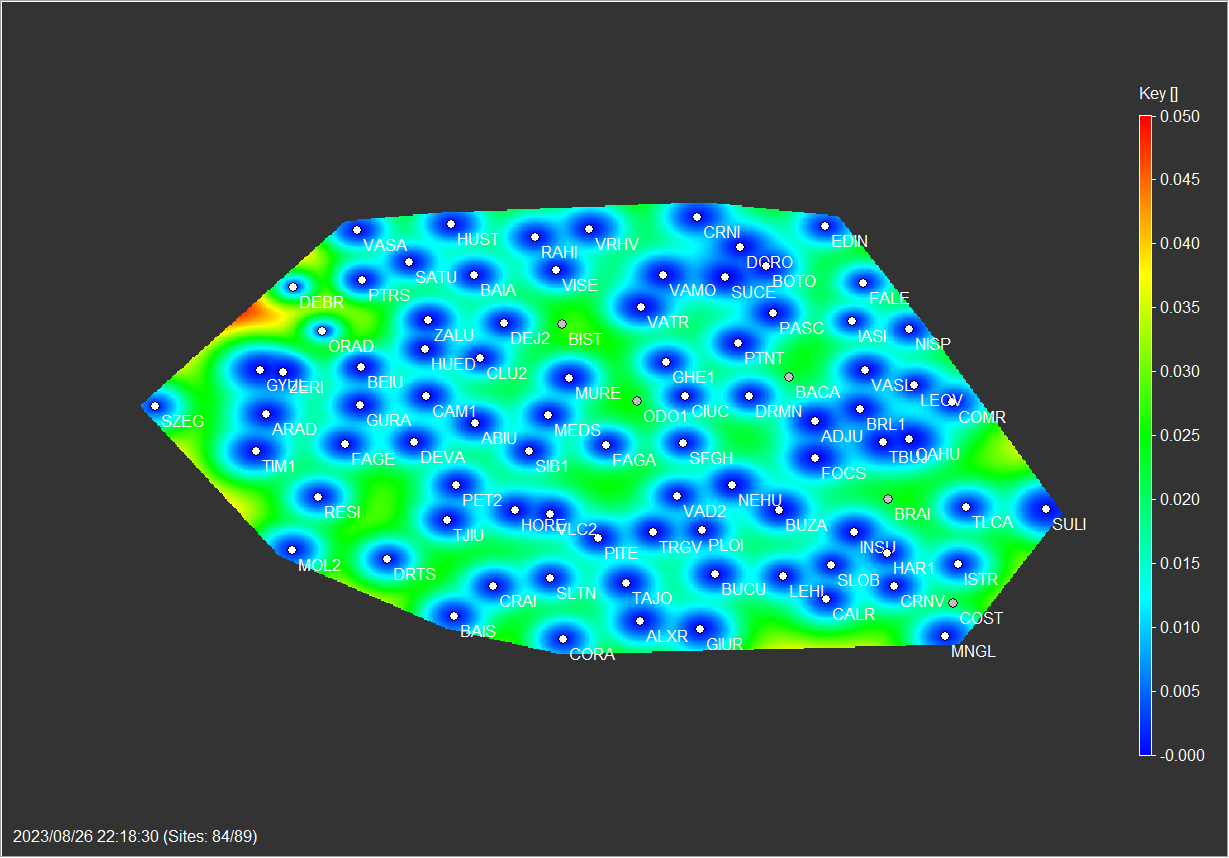 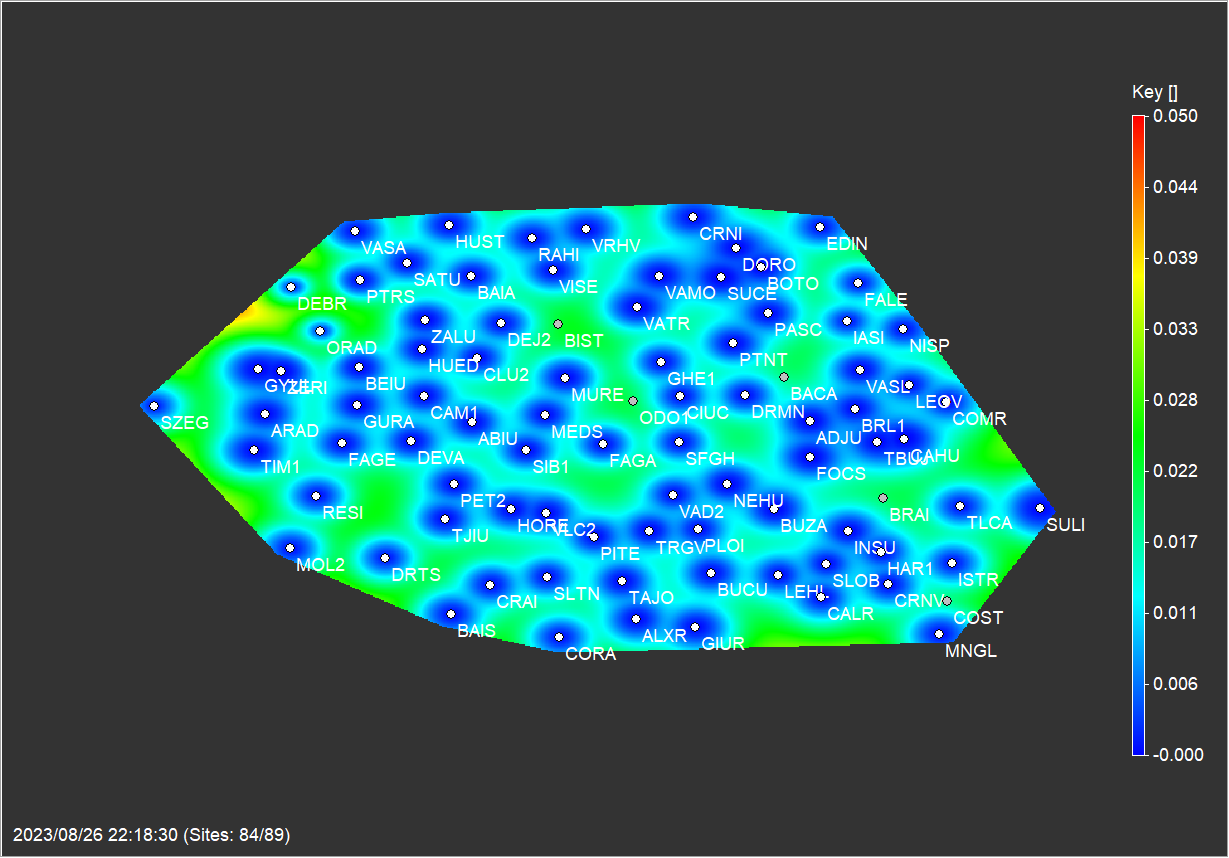 Residual Troposphere/Geometry (RTK): The estimated residual tropospheric and orbit error for a single base RTK user using data from the nearest site. 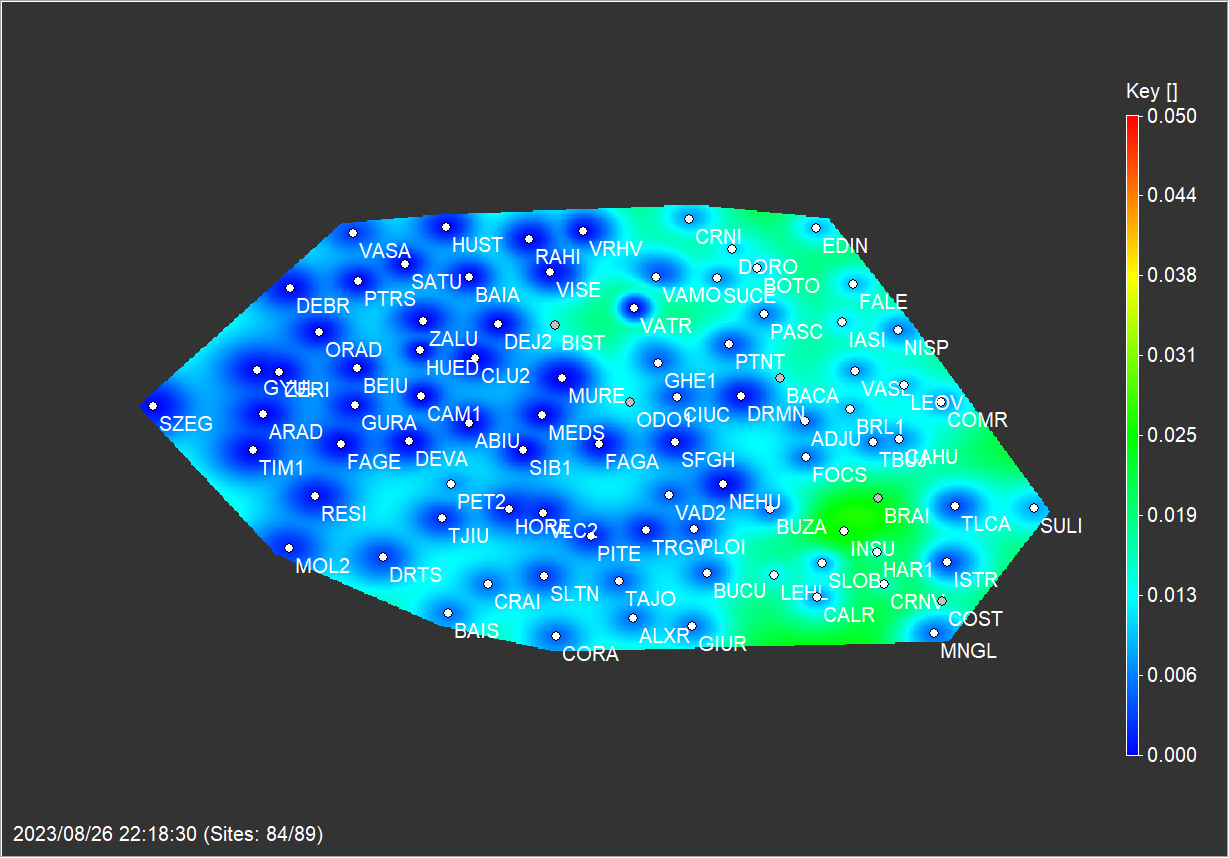 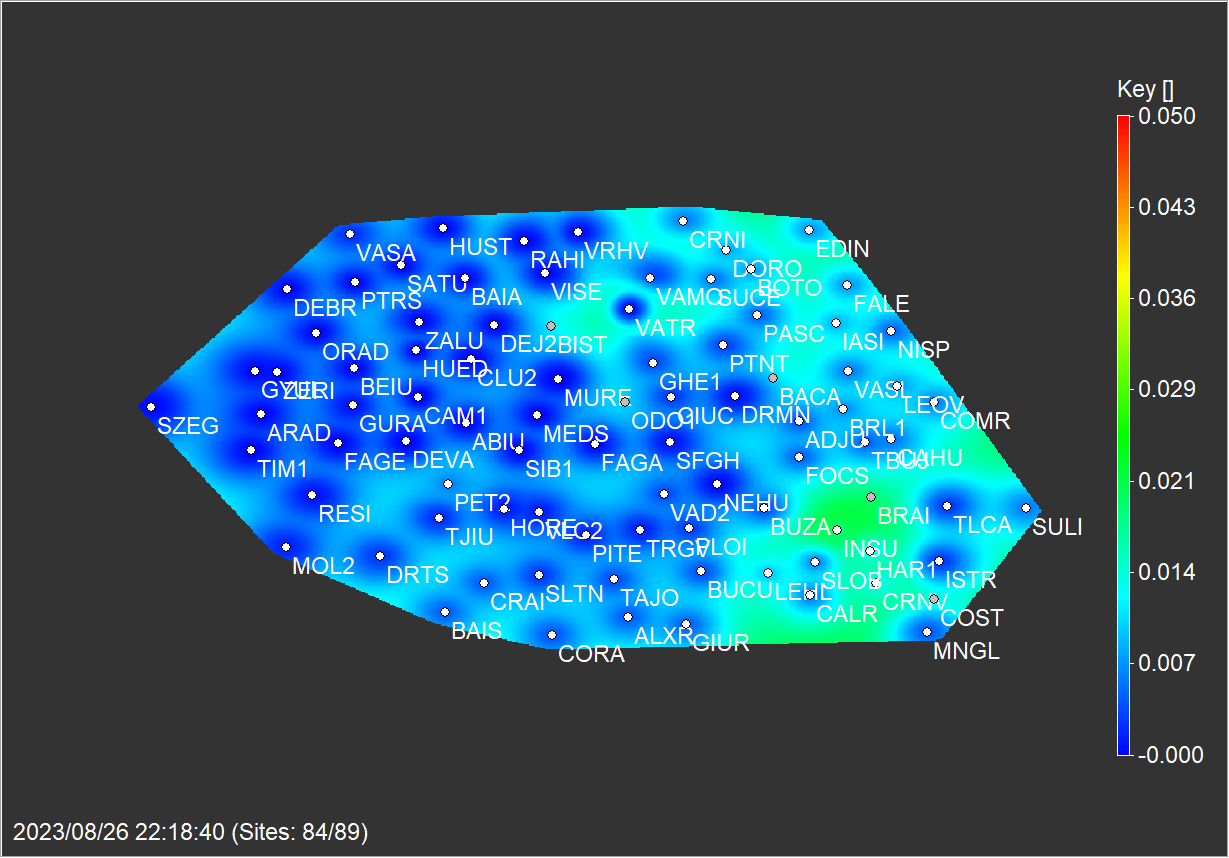